The Spaces Between Acceptance and Desolation: The Necessity of Love

While Reading Extremely Loud and Incredibly Close, I began to have flashbacks of How the Garcia Girls Lost Their Accents, particularly the scenes describing Sandra and Yolanda’s emotional breakdowns.


After suffering from “a small breakdown,” Sandra begins to believe she is devolving into a monkey:


Only her brain was left, and she could feel it going…if she read all the great books, maybe she’d know something important from having been human…she said she didn’t want to eat animals. In her own time…she would be that chicken…Evolution had reached its peak and was going backwards (54-55). 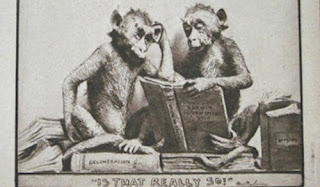 Sandra thinks if she could only understand what trailblazers of human expression have thought and felt (Freud, Nietzsche, Darwin, Cervantes, Homer, etc.) she would at last be able to understand herself and make her own path—surely something that many of us can relate to.

Yolanda suffers a similar breakdown following a divorce. Mami says, “She ranted. She quoted famous lines of poetry and the opening sentences of the classics…She quoted Frost; she misquoted Stevens; she paraphrased Rilke’s description of love” (79).  Love is a word, along with alive, to which Yolanda has “developed a random allergy…“[two] words she can use only at a cost” (82).


Yolanda envisions her words metamorphosing into a huge, black bird… Beak first, a dark and secret complex, a personality disorder let loose upon the world…down it dives towards the one man [Dr. Payne, whom she’s in love with] she wants immune to her words” (84).


Both Yolanda and Sandra dread what becomes most apparent between Grandma and Thomas Sr. in Extremely Loud and Incredibly Close—the nearly complete breakdown of communication and the difficulty of transcending unspeakable loss.


In Extremely Loud and Incredibly Close Thomas Sr. explains in a detailed letter to the unborn Thomas Jr. how “the silence overtook me like a cancer,” meaning his inability to speak because of the trauma from losing Anna: “her name was locked inside me…how frustrating…how sad…she was the only thing I wanted to talk about…when I didn’t have a pen, I’d write ‘Anna’ in the air” (16).


The death of his first love (along with everything else that was destroyed during the bombing of Dresden) haunts Thomas Sr. throughout his life, and the pain is exacerbated by the living presence of Anna’s sister, Oscar’s Grandma, whom he marries and whose name is never revealed.  Grandma (it feels so weird referring to her as “Grandma!”) too was from Dresden, but she continuously decides to transcend the trauma of her life by actively loving and caring, particularly for Oskar.


Negotiating “nothing” and “something” spaces in their apartment, among many other rules, tenuously holds the marriage together, but Thomas Sr.’s lack of a will to live and love, fueled by his inability to speak, perpetuate his lonely existence.  In a letter to his unborn son, Thomas Jr., he writes, “I wanted to tell her everything, maybe if I’d been able to we could have lived differently, maybe I’d be with you now instead of here…I’m so afraid of losing something I love that I refuse to love anything” (216). 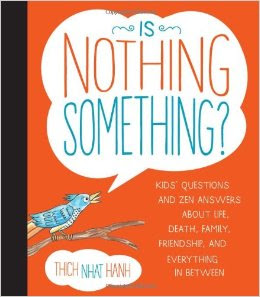 Oskar’s Grandma frequently tells him not to care for anyone as much as she cares for him, and yet her letter to him, spanning the book and split between four different chapters, explains that saying “I love you to someone you love…[Is] always necessary,” referring to how she and her sister, Anna, were so close that articulating love seemed unnecessary (314).


Grandma is the shining beacon of hope in the novel. After surviving the horrors of Dresden, she took a chance on a spiritually broken, Thomas Sr., practically begging him to marry her; surreptitiously got pregnant, spooking Thomas Sr., who was not ready for a new life—his as well as a baby—and causing him to leave for 40 years; raised her son, Thomas Jr., alone, who became a wonderful father, only to perish during the attacks on the World Trade Center. And after all this suffering, she remains strong for Oskar and accepts Thomas Sr. back into her life, going so far as to suggest moving to the airport with him—a space between yes and no, going and staying, something and nothing.


Like Billy in Slaughterhouse Five, who envisions WWII bombing in a film occurring in reverse, Grandma dreams “all of the collapsed ceilings re-formed around us. The fire went back into the bombs, which rose up into bellies of planes whose propellers turned backward, like the second hands of the clocks across Dresden…spring came after summer, came after fall, came after winter, came after spring (306-307); and Oskar, who reverses the order of the “pictures of the falling body” kept in his Stuff That Happened to Me to make it look like “the man was floating up through the sky,” ascending safely back through the window from which he leapt. He mentally sets the routine of his father on the day of 9/11 in reverse, ending with the thought of “we would have been safe” (325-26).


The meaning of loss eludes us because we cannot grasp the meaning, if any, of death, of life, of whatever exists beyond what exceeds our cognitive capacity i.e., beyond the realm of the senses. Yolanda and Sandra’s crises of identity affected not only their ability to communicate, but to love as well, although their trauma seems miniscule compared to that of the characters in Extremely Loud and Incredibly Close. The loss of loved ones is hard enough to endure, let alone entire cities and nations ravaged by the ignorance that breeds war in its myriad forms. At times, love paradoxically causes more pain than can seemingly be bared, yet without its acknowledgment and communication life loses necessity, loses meaning. Those of us who feel intensely and beg for clarity in the face of infinity remain frozen in neuroses that bend and eventually break us, or make us artistic, like Oskar!
Posted by Ben Cravens at 9:43 PM