Dickens and Fontana, in their essay "Time and Postmodernism," begin by noting "analysts point to a radical alteration of the experience of time and space as signs of fundamental social transformation" (389). That is to say that as time goes on (pun intended), society altogether and individuals separately interpret and understand time in altered perspectives not only from one another (individually) but also separately from the past (as a society). What a single group from today experiences in aspects of time will be different than a similar group would experience even one year ago let alone 5, 10, or 20 years prior. And as time continues to move forward, these perspectives will shift just as dramatically and just as quickly. They continue, "...philosophers such as Friedrich Nietzsche, Henri Bergson, Edmund Husserl, and William James forumlated new conceptions of space and time that emphasized their persectival, even subjective character" (391). That is to say that even though these philosophers and sociologists named are laid the foundations for our modern psychology, philosophy, and sociology, they each experienced, perceived, and wrote about time in a different way that is fundamentally different but also wholly unique to their own interpretation. Even though time has been a subject of writing and societies for multiple millenia and has been a looming theme and element, there has never been one single unifying theory or understanding of time; while time has been infinite and "natural" (as natural as one can understand or perceive it), any usage or fragmentation of time (even thinking in concepts of seconds, minutes, or hours) in the way we understand time as "limited" or otherwise a resource is unnatural and manmade.

Following an outline by Harvey and Jameson, Dickens and Fontana note, "it seems clear that technologically driven changes in contemporary postmodern society have radically intensified the acceleration of social life. Time in particular, in this view, has been all but eliminated in an age of instantaneous communication and ultraspeed transport." I think this is one of the most important note and aspect of the article in that it really hits on the understanding of "time-space compression" as noted by Harvey (240, qtd. 389). For a better understanding, I present an Plate 3.1 from Harvey's work: 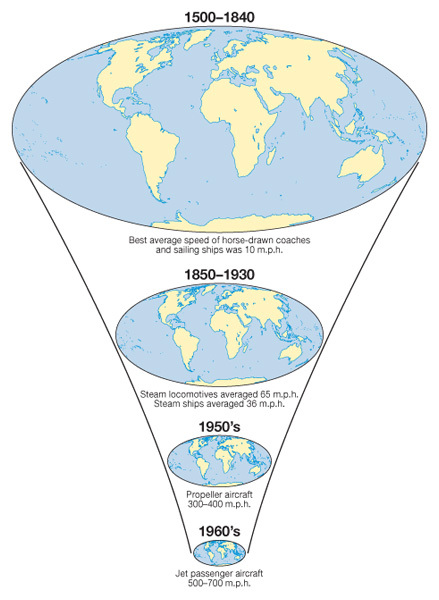 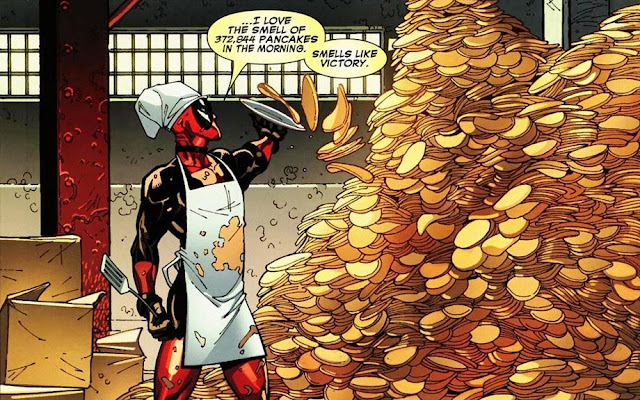