Heavy Boots and Heavy Hearts: How History Repeats Itself and How Time Does Not Always Heal 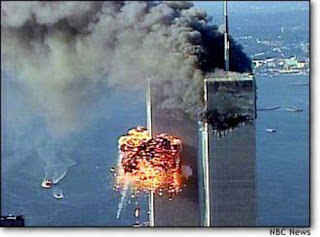 In Extremely Loud & Incredibly Close by Jonathan Safran Foer, he shows that trauma, and it’s various forms, affect people through both time and situations. To start with, the main character, Oskar, is going through the most recent trauma that people will remember: 9/11. Oskar, an 8 year old boy, loses his father during the attacks that took place in New York. The feelings directed towards him are heart-felt and tear jerking throughout the novel. He struggles with understanding what happened and why it happened to his father. The novel shifts a lot between Oskar, the letters his grandfather wrote to his father, and his grandmother. The plays with time are interesting, since we get a look at the trauma Oskar is going through, the trauma his grandfather experienced in Dresden during WWII, and the his grandmother’s in WWII and the present. The different time periods call on the fact that despite when in time someone lives in, there will always be trauma in someone’s life.

One of the first things I noticed, and found interesting, were the nods that were given to Slaughterhouse-Five. One of the big things that stood out was the repetition that of words that Oskar uses. Whenever he is baffled by something he says “What the.” If he is self-conscious or hurt, he says “Anyways.” The anyways being used felt the same as when Billy Pilgrim would say “So it goes.” These phrases, used continuously through both novels is a means in which the characters try to escape the trauma they experienced. By having a word or phrase that is dismissive of the situation at hand takes away from the trauma they’re experiencing. It helps the reader sympathize with the fact that these are leaving scars, or in Oskar’s case bruises, on our characters and they have to find a way to push through them.

Going back to the idea that trauma goes through most of time and is experienced by everyone, one of the characters that shows one aspect is Oskar’s Grandpa. His grandfather loses his ability to speak, so much so that he has to have “yes” and “no” tattooed on his hand. He’s forced to carry empty books with him in order to communicate. And who can blame him? He loses not only the love of his life in the Dresden bombings, but also his unborn child and family. He’s forced to murder innocent animals at the zoo to keep them from attacking people. He sees the horror of the fire that was unleashed on them and is forced to live on as a witness. In this regards, it makes sense that he can no longer speak; if he were, he’d have to share these things and that pain is too much to bear. When he finally gets together and marries Oskar’s grandmother, she too, is scarred. Instead of losing her voice though, she ends up needing rules with him in order to live a “normal” life. The house has “nothing” and “something” zones, areas in which they can escape when they need to. Oskar’s grandpa accepts these things, and lives with them until it’s too much to bare. He leaves her and doesn’t come back until he loses the son he never met. He tries to get close to Oskar but eventually leaves that idea as well. The trauma he experienced has left him broken, he can no longer get close in fear of losing the others again.

Within the family is also the devastation that Oskar’s grandma has experienced. Her final revelation is that Oskar needs to say that he loves someone, no matter how trivial it may be. However, throughout the novel, she warns in her letters that he must not love anything as much as she loves him. This warning rings true not just because of the loss of her son during the terrorist attacks, but because of WWII and the loss of her family, and the loss of her husband. For her, her trauma is the constant loss of things she loves through time. She loses her family to the fire bombings in Dresden and regrets not being able to tell her family how much she loves them. She can’t remember the last thing her father said to her. She meant to tell her sister how much she loved her the night before she died and didn’t. She constantly talks about her relationship with his grandfather, and how they could never find a way to say they love each other. Her trauma isn’t so much of what she’s seen but what she’s experienced. She loses everyone she loves, which instills fear in her of losing Oskar. In one scene in the novel, Oskar hides from her in the park and sets her in a panic. He follows her from a distance watching her, enjoying the love she emits for him by searching frantically for him. When she finally gives up and heads home, he races ahead and tries to joke with her at her apartment, but fails. She is forced back into the traumas of her past, forced to live with the idea that she lost yet another person she truly loves.

Oskar himself and his journey to meet others is filled with different traumas throughout other characters lives, as well as his own. Despite the fact that he lost his father, he goes on a quest to try and find out why his Dad had a key to a lockbox. Each person he meets, however, seems to be dealing with their own problems. Abigail Black, for example, is going through a messy part of her marriage, which eventually leads to divorce. Mr. Black that lived above Oskar has given up on the world. He chose travelling and war over his wife. When he returned, he only had a few months with her before he passed away. Despite this, and others that Oskar encounters, he is able to help them overcome their trauma or at least bring some joy into their life. The irony is not loss on this situation though. As Oskar helps these people, he is still weighed down, or as he says “has heavy boots” by their sadness. He deals with his sadness by trying to cheering them up and making them happy. By doing so, he takes on their burdens, whether or not these characters realize it.

Throughout the novel, it shows the reader that trauma not only exists through various times in people’s lives, but also different ways it affects them. Foer does a great job at executing this example by having the letters Oskar’s grandparents write for him available to the reader. Each one shows the extent of damage they have and the future it may present for Oskar. Despite his coping, or somewhat lack of, the reader is left to question how Oskar will fair down the road? Will he be like his grandfather and lose his voice? Will he be wary of love like his grandmother? The novel shows the breakdowns people have and various ways of coping over time, and has the reader think about the future. And isn’t that something everyone should prepare for?
Posted by Ty Noel at 9:15 PM