The Problem of Postmodernity in Contemporary Dystopias

Carter Hansen begins by noting that "many recent dystopias, though, tilt heavily toward escapism and engage only superficially in sociopolitical critique" (257) and that "we have become deeply suspicious of even the hope of radical social change" (258). One thing that is notable is that although he talks quite a bit about young adult dystopias, his statement is broad in that he is referring to dystopias as a whole genre. And he's not wrong. But the genre itself is becoming more and more prevalent for young adults as the category of literature is both in a period of development (having been only recently established) but also one of the biggest and most influential markets in literature. So while he refers to dystopias as a whole being, in fewer words, "watered down," he isn't wrong, but the novels themselves are often written for and marketed toward young adults. As he notes, popular series include that of the Divergent and Hunger Games series which are, for the most part, rather stereotypical or otherwise watered down. Most of them take major sociopolitical issues that are major dystopian things but give a more basic, general version, making them almost YA dystopian cliches. For example, nearly every new dystopian YA series features a rebellion of some sort (both Divergent and Hunger Games include this), an ultra rich, ultra powerful government (they include this as well), "big bad adults" (yep, they both have these two), and some sort of obvious love interest (who would have guessed). 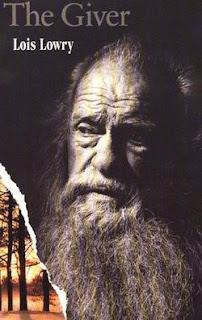 But while these types of characteristics have become cliche characteristics of dystopias as a whole, they often are used well in many dystopias, including some young adult dystopias. For example, the concept of the "big bad adults," rebellion, and ultra government all show up in Lois Lowry's The Giver, but they aren't very cliche. Adults (and children) don't know any better because they are essentially brainwashed of true emotion and feeling due to the medications they are injected with, the type of education provided (glorified job training and apprenticeships), and genetic engineering to control the population. The ultra government is truly dystopian, for aforementioned reasons as well as for controlling the integrity of history (those who are in power make sure they stay in power; this type of thing is something that has happened in the real world for centuries). Rebellion is only initially rebellion by the Jonas, the main character, rather than a group or faction, such as Hunger Games and Divergent, as he (as the receiver) regains his emotions, memory, history. He realizes that the "perfect" world isn't so perfect if families can't even express their own love for their own family members let alone the manufactured memories, lack of color or artistic expression (art and music don't exist), or any real control over their own lives.

But, as Hansen notes about about Feed, "[Teens] are unaware of or even unconcerned about the total environmental collapse occurring around them or the minority of Americans without feeds...But Feed leaves intact so many common features of American teen life...that the dominant impression is one of familiarity and proximity" (258, 260). But while he is talking about the novel Feed, the observation extends further to the lack of concern and awareness in real world in a heavily consumerist culture (especially in the United States), among both adults and teenagers. Apathy is rampant among many people, from the destruction of Central and South American rain forests to climate change. Feed is a prime example of how the agenda of consumerist culture is utterly consuming in every way, including our attention. But the real life version of the feed isn't too far off from the point we are at with technology. Although we cannot communicate telepathically with one another, we can instead email and text message one another with a few simple taps of our smart phone screen. But we are coming dangerous, almost scarily, close to that type of technology, such as presently developing prosthetic limbs that can be controlled with brain waves and electrical impulses. But like the feed, having devices like tablets and smart phones along with credit cards allows us to have a constant connection to almost limitless purchasing power and opportunities of nearly anything one can imagine, once again almost instantaneously. 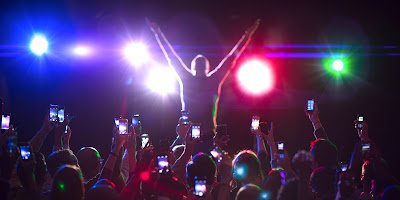 Hansen makes an argument for this, stating "The novel's depiction of the feed as parasitic technology suggests an inverse relationship between a feed user's nearly infinite capacity to archive memory and the individual and cultural efficacy of that memory" (266). I agree with this argument, and it seems to be becoming increasingly true day after day. One cannot got to a music performance or art gallery or any other public "experience" without seeing a large majority of those forgetting the experiencing part of experiences and, instead, they're too busy with their phones and tablets out, taking pictures and videos to document the fact they had the experience rather than living the experience first hand. They want to make sure that everyone else they know sees the experience they're having instead. Who cares about seeing a groundbreaking musical performance or priceless, influential work of art if others can't see you having that experience?

I have more to add to this post when I find my currently-misplaced notebook, but I will publish for now to make sure it's posted.
Posted by Unknown at 9:26 PM