Even the face of the clock and the way it functions—the instrument we use to measure time—implies just how valued cyclical temporality is to humans.

As mentioned in About Time, Paul Davies recognizes the interest in and discussion of cyclical time across numerous cultures and eras. So what is it that draws humans to this concept? The want to break from linear timeline? Is it the want to be more than human—timeless like the gods? Is it an excuse to escape from reality or the “time” we experience and must live with in the present?

Whatever the case may be, the concept of cyclical temporality has long been a topic of interest explored within both scientific and humanities fields. Toni Morrison’s Jazz grapples with the above ideas through both the characters’ experiences and the narration style itself. The narrator addresses readers about life:

I started out believing that life was made just so the world would have some way to think about itself, but that it had gone awry with humans because flesh, pinioned by misery, hangs on to it with pleasure[…] I don’t believe that anymore. Something is missing there. Something rogue. Something else you have to figure in before you can figure it out. (227-28)

Perhaps what humans have always needed to “figure in” in order to “figure it out” is the ability to experience time cyclically somehow to make connections and relations between these experiences that life consists of. Plato suggests that “the fleeting world of daily experience is only half real, an ephemeral reflection of a timeless domain” (Davies 24). It seems we search for this timelessness in cyclical patterns as a means to understanding reality, or the “fleeting world” we see before us. In some ways being always somehow “stuck” in the present can feel constricting, intimidating, even controlling.

In Jazz, readers are told the story of Joe Trace (and others) through cyclical narration. (For the purposes this essay, we’ll be focusing specifically on Mr. Trace.) The narrator refuses to expose their experiences in a linear fashion or recount those experiences in their entirety at one time. We are given bits and pieces of information, flashes of memories that return again and again in different contexts and points in Violet and Joe’s “reality,” or current place in time.

Joe Trace describes reality as a musical track, or more specifically and aptly associated, a jazz track. He expresses that no matter how hard we try, we are stuck on this track of life experiences, a track of our own reality that, like jazz, feels improvised and continually unexpected. Reality brings us the highs and lows of experience just as jazz provides a wide range of notes and melodies within a song.

Cyclical temporality allows us to step outside of this track, outside of time, and reflect on memories and experiences that mean the most to us. Davies quotes Mircea Eliade by stating that humans yearn “for a periodical return to the mythological time of the beginning of things” and later that perhaps the attraction to cyclical temporality is “the prospect of resurrection in subsequent cycles” (28-29). This most certainly seems true for Joe, as the narrator brings us through these cycles of experiences that Joe is so enthralled with and seems to have a hard time making any meaning of: his “wild” mother, his deteriorating relationship with his wife, his short-lived fling with Dorcas, his changing jobs and locations.

Over again, Joe ruminates cyclically on these experiences, wondering how and why he got to where he is (trying to "figure it out"), perhaps hoping for some sort of resurrection from the life he is now living, the musical track he is eternally bound to. Cycling through these experiences, however, often leads him to make similar decisions later, which can be seen in his attempt to reconnect with his wife, in his blossoming interest for Dorcas’ young friend, and in his major life changes (he confesses there to have been at least seven of them so far). This leads Joe to realize that even though he can cycle through these experiences and attempt to gain clarity and timelessness, he still is, just as we all are, “bound to the track” (Morrison 120). 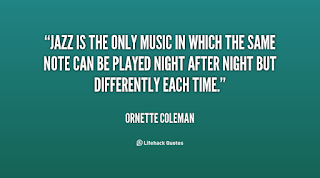