Temporal Play in How the Garcia Girls Lost Their Accents and The Curious Case of Benjamin Button: How They Coincide 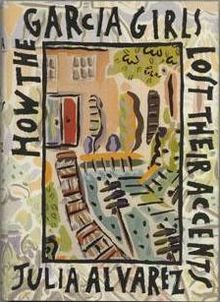 The temporal play that takes place in "How the Garcia Girls Lost Their Accent" by Julia Alvarez felt as though it had connections to "The Curious Case of Benjamin Button" by F. Scott Fitzgerald. In both novels, we see a main character(s) age backwards in time. In Fitzgerald’s work, we see the main character born as an old man and age in reverse. Although the characters in Alvarez’s work do not do the same, the time in the book does flow backwards, starting with the daughters fully grown adults and moving back into the age of children. By having the flow of time move in reverse for both stories, the reader is able to get a different perspective on the characters and how they move through time.

The first instance that a reader gets to see is the older age of characters in both stories. In the case of Benjamin Button, he is born an old man with knowledge but no experience to go along with it. This play on time shows the importance of having the experience to go with the age. Benjamin is born with the ability to read and speak fluently, but has no capability to use in. Comparing this with the Alvarez girls, the reader is introduced to fully grown women, with their parents now well into old age. Each woman has problems that they faced in their lives, but the reader has been introduced to these challenges. Much in the same way of reading the beginning of Benjamin Button, the reader has an ensemble of characters that are older with knowledge, but no backstory to how the characters got to where they are today.

While both stories move forward, we begin receiving some of the life experience that both characters share. In the case of Benjamin Button, as he begins to grow younger and younger, the life experiences an old man would have begin to happen for Benjamin. He tries to attend college, finds a woman he falls in love with, and eventually becomes married and has a child while running his family business. In the case of the Garcia girls, the reader starts to see some of the troubles that the girls faced growing up and becoming adults. Yolanda debates on returning to the island at the beginning of the story after what could be considered a failed life in America. She ends up a school teacher after being unable to become a successful poet. She has a lover that leaves her for his wife. Eventually it is even found out that she is institutionalized after a failed marriage with an earlier husband. These life experiences lead to the reflection that is found at the beginning of the novel.

As both novels continue to progress, the main characters keep becoming younger in age. We see Benjamin age back into a young man. He uses the time he has looking like a youth to join the military. He returns to college and becomes a football star. It’s not until the end of the story where he regresses all the way back to a small child the reader finds that the experiences Benjamin went through would be the same no matter which way he aged. In the case of the Garcia girls, the reader also sees them return to children on the island. They are first in the position of children just starting to grow up in America. Alvarez shows the readers the first few months the girls were there and the struggles they had. As the story moves along, she moves the girls and her parents back to the island and shows how they were chased from their homes. In the end, we get to see the innocence of the children, how the problems they faced were much different than of the adults we see at the beginning of the novel. A parallel I quickly noticed with both stories is at the end there are two characters that are reverted back to babies: Benjamin and Sofia. Although there may not be a direct connection, after all the rest of the Garcia girls are still small children, it’s interesting to note that both authors used this in their works.

The play on time in both novels tend to leave the reader with the idea that childhood and youth tend to be the best part of a person’s life. In both stories, the characters experience their best moments as teens and small children. The problems they face are small: for Benjamin, it’s the fact that he has his life experiences but no one takes them seriously any longer. For the Garcia girls, each face problems that any child would face when they’re young. The play on time for both authors seems to suggest that the reader should relish the enjoyment they had as a child, for as you get older, life becomes more difficult.

By telling the stories in a reverse order of time, the authors also allow for their readers to reflect heavily on the characters. Instead of having to develop the characters from the beginning, whether through flashbacks, or how they grow through the novel, the reader is challenged to think critically about the progression of them instead. With each Garcia girl, as they’re introduced, they are in the final stage of their character progression. They’ve already experienced life and are at the point they would be at in the end of the novel. The reader is challenged to begin piecing together, with different stories on different characters being told, how the girls and parents became how they were at the beginning of the novel. This play on time allows for a unique reading of the story. The same would go for Benjamin Button. By the end of the story, the reader is challenged to look at things from the opposite perspective if they desired. If you were to read Fitzgerald’s story backwards, would it read close to the life of an average person? The question is there for the reader to ponder.

The play on time for both stories offers a different way to go about reading texts. By having the characters already fully formed and moving backwards through time allows for a challenge to be presented. The story gives you the final conclusion, and it’s up to the reader to begin piecing how it got there. This perspective allows for the author to also explore what it means to have a finished character and begin writing backwards through time. The play on both is a perfect way to not only explore questions about life and age, but to develop new ways for potential writers to begin using time in their own writing as well.
Posted by Ty Noel at 4:25 PM